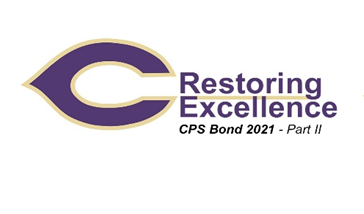 The community and Board of Education passed a 2.7-million-dollar bond issue on February 9th, 2021 to restore excellence to Chickasha Public Schools. This is part II of the Restoring Excellence initiative which endeavors to provide district-wide improvements, remodeling, repairing, and upgrades to our school buildings and facilities.

The district began part I of restoring our district to excellence this summer with a roof replacement on the activity center. The district is investing 4.4 million, received from insurance claims, to repair roofs and other facility items. Part II continues district-wide improvements to address identified building, facility, and site issues. The table below outlines the bond projects planned with proposition #1 and proposition #2 of the Restoring Excellence CPS Bond Part II.